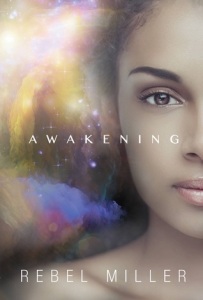 *Thank you to the author for sending me a copy of the book in exchange for an honest review.

Synopsis from Goodreads:
*Book is for mature audiences.* Kira Metallurgist has always felt she was meant for more. Hoping to strike out on her own, she sets out on a new career at a time when world goes through unprecedented change. In a system that is based on castes and predetermined position, Kira embarks on a tumultuous journey that leads her toward a destiny that involves two men who call to her heart in different, yet powerful ways.
Tai Corporal was born to a family of warriors. Like his father, he aspires to take on the highest military position in the Realm. A man of his word and with a stubborn sense of duty, he is surprised to find that all in the Realm is not as black and white as he thought. He’s even more surprised to realize that the woman he’s loved for years is the one who reveals it to him.
Gannon Consul knows the meaning of power. As next in line for leadership in his caste, he is well acquainted with the lengths to which the Realm will go to stop someone from reaching above their station. Gannon senses that change is coming. He just never expected that it would come in the form of the one woman who calls to him like no other.

I always appreciate the effort, dedication, and talent it takes to write and produce a novel. Self-publishing especially calls for hard work and commitment on the part of the author. Rebel Miller has created a world hundreds of years in the future. A complicated political caste system is in place, ruling how citizens interact and where they end up in their careers. At the time we enter the story, the universe is in a turbulent state as the Realm expels one of it’s planets for illegal exploration. The government’s decision hits close to home for the protagonist, Kira Metallurgist, as her uncle’s family is forced to return to their planet. In tandem to this, Kira begins to make her way in the world. Her career gains steam and she quickly gains the confidence of her team and coworkers. At the centre of this story is the love triangle between Kira, her brother’s friend Tai, and the consul, Gannon.

I have to say, I was so intrigued by the political system that Miller has created. Setting up this community in a caste system creates strict dynamics between the characters which I would have loved to explore more in depth. Kira finds herself in a position of power in this system, close to someone influential on the inside, and able to affect change. Miller shows us Kira as she grows, gaining confidence in her work life and striving to improve. Other characters recognize her ability and urge her to push to try her hardest.

However, after reading Awakening, I’ve decided that the New Adult genre is not for me. I’m grateful to Rebel for sharing her story with me and giving me the chance to try out this foreign genre. I’ve been so tempted in the past to jump in and try New Adult fiction and I’m glad I did. But the overall style, not just what I’ve read in Awakening, but also what I’ve discovered in investigating other titles, is not really up my alley. My interest and expertise is in literary fiction. It’s what I’ve studied, worked in, and reviewed and it’s what I know. It’s what I’ll continue to stick with, but I’m happy that I’ve had the chance to branch out and try something new.