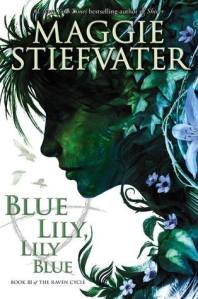 There is danger in dreaming. But there is even more danger in waking up.
Blue Sargent has found things. For the first time in her life, she has friends she can trust, a group to which she can belong. The Raven Boys have taken her in as one of their own. Their problems have become hers, and her problems have become theirs.
The trick with found things though, is how easily they can be lost.

Stop. Can we talk about this for just a sec. Because my mind is blown. My heart is pounding. Maggie, can this series get any better?! Ah! Yes, I know I’ve been talking about this book since the cover was revealed months ago. But honestly, any one who hasn’t read it, go out now and BUY IT! Maggie Stiefvater brings this paranormal world to life, making you fall in love with each of her characters again and again with every page. I could only put this book down when it was too late at night and the story got to creepy for me to read with the wind howling outside and the ghostly emptiness of the house. And even then, it was difficult to detach from the story.

One word for you: Gansey. Sigh. Let’s all fangirl together because he’s epically cute in this. It’s been a long time since I’ve had such a major crush on a fictional character, but Gaaaanseeeyyy! <3! We’ve had 3 books so far in the Raven Cycle: Adam, Ronan, and Blue. So I’d say it’s pretty safe to assume that book 4 will have Gansey as the star of the show (but between us, when is he not?). Things are really starting to heat up in Blue Lily. It’s packed full of suspense. People die. And of course, we’re one step closer to Gansey’s inevitable fate. There are some pretty major revelations. There were a few times that I had to pause. I couldn’t take the suspense nor the surprise. It’s intense people.